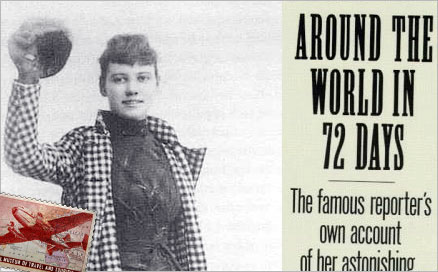 In 1888, Bly suggested to her editor at the New York World that she take a trip around the world, attempting to turn the fictional Around the World in Eighty Days (1873) into fact for the first time. A year later, at 9:40 a.m. on November 14, 1889, and with two days' notice, she boarded the Augusta Victoria, a steamer of the Hamburg America Line, and began her 40,070 kilometer journey.

She took with her the dress she was wearing, a sturdy overcoat, several changes of underwear, and a small travel bag carrying her toiletry essentials. She carried most of her money (£200 in English bank notes and gold, as well as some American currency) in a bag tied around her neck.

The New York newspaper Cosmopolitan sponsored its own reporter, Elizabeth Bisland, to beat the time of both Phileas Fogg and Bly. Bisland would travel the opposite way around the world, starting on the same day as Bly took off. Bly, however, did not learn of Bisland's journey until reaching Hong Kong. She dismissed the cheap competition. "I would not race," she said. "If someone else wants to do the trip in less time, that is their concern."

To sustain interest in the story, the World organized a "Nellie Bly Guessing Match" in which readers were asked to estimate Bly's arrival time to the second, with the Grand Prize consisting at first of a free trip to Europe and, later on, spending money for the trip.

During her travels around the world, Bly went through England, France (where she met Jules Verne in Amiens), Brindisi, the Suez Canal, Colombo (Ceylon), the Straits Settlements of Penang and Singapore, Hong Kong, and Japan. The development of efficient submarine cable networks and the electric telegraph allowed Bly to send short progress reports, although longer dispatches had to travel by regular post and thus were often delayed by several weeks.

Bly traveled using steamships and the existing railroad systems, which caused occasional setbacks, particularly on the Asian leg of her race. During these stops, she visited a leper colony in China and, in Singapore, she bought a monkey.

As a result of rough weather on her Pacific crossing, she arrived in San Francisco on the White Star Line ship RMS Oceanic on January 21, two days behind schedule. However, after World owner Pulitzer chartered a private train to bring her home, she arrived back in New Jersey on January 25, 1890, at 3:51 pm.

Just over seventy-two days after her departure from Hoboken, Bly was back in New York. She had circumnavigated the globe, traveling alone for almost the entire journey. Bisland was, at the time, still crossing the Atlantic, only to arrive in New York four and a half days later. She also had missed a connection and had to board a slow, old ship (the Bothnia) in the place of a fast ship (Etruria). Bly's journey was a world record, although it was bettered a few months later by George Francis Train, whose first circumnavigation in 1870 possibly had been the inspiration for Verne's novel. Train completed the journey in 67 days, and on his third trip in 1892 in 60 days. By 1913, Andre Jaeger-Schmidt, Henry Frederick, and John Henry Mears had improved on the record, the latter completing the journey in fewer than 36 days. 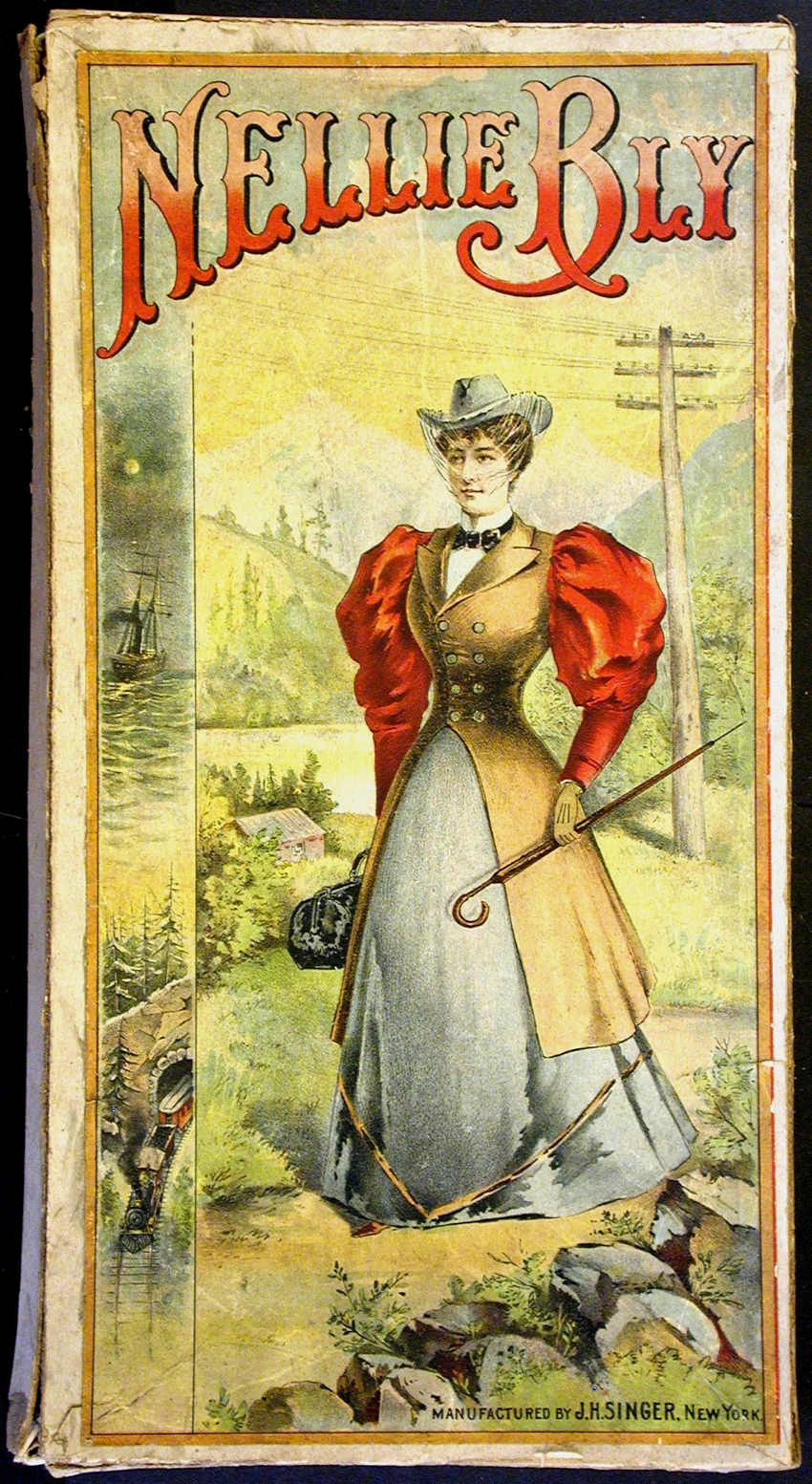